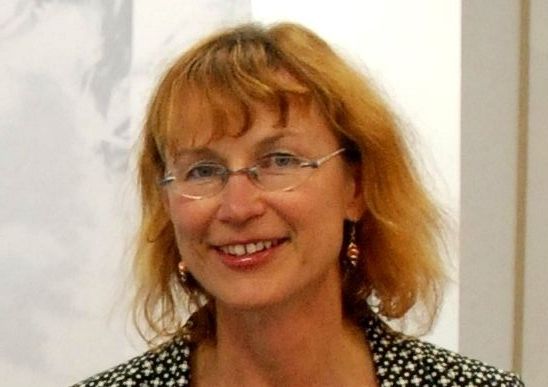 Eva McCauley is a painter and printmaker known for her atmospheric, expressive paintings of sky, water and shifting landscapes that explore the passage of time and the transient and ephemeral nature of the spiritual and physical world. She is also a figurative artist, and is fascinated with the human condition, and the fragility of our existence. She divides her time between her studios in Bear River, N.S., and Elmira, Ontario, painting people and places that are steeped in personal significance.

Her work explores the process of recollection and how we process memories. Her focus is not on the recreation of a specific image or moment, but the creation of something informed by the act of remembering -- an act which renders past experiences as ephemeral, and constantly in flux, resulting in works which perpetually shift, their images lyrical, ghost-like, and ethereal.

McCauley is the recipient of many awards and scholarships, including the W.O. Forsythe Painting Award (1983), Bronfman Printmaking Award (1993), Warner Lambert Printmaking Scholarship (1994) "Best in Printmaking Award" at the Toronto Outdoor Art Exhibition (1996), "Ernst & Young Purchase Award" (1996), a Canada Council "Quest" Grant for Emerging Artists (2000), several  Ontario Council Project Grants, as well as two Region of Waterloo Arts Fund grants in 2017 and 2019. Most recently, in 2022,  she was awarded an Arts Nova Scotia "Create" Grant to fund her next painting project.

Her work can be found in many private and public collections such as the Kitchener Waterloo Art Gallery, Wilfrid Laurier University, Canadian Ministry of Foreign Affairs, Waterloo Regional Labour Council, the Ernst & Young Canadian Print Collection and the Nova Scotia Art Bank Collection.

She is also an art educator, and has been a sessional professor of Fine Art at the University of Waterloo since 2002.